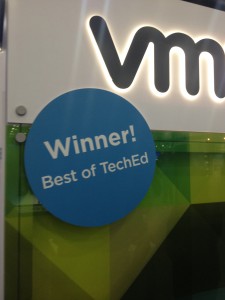 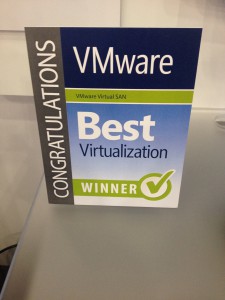 Right, thats enough boasting and gloating!  Although VSAN is an awesome product, its not what I was at TechEd for.

First of I have written two articles reviewing the first two days, unfortunately I was unable to write on the third day, due to other commitments, but you can read Day 1 here, and Day 2 here.  Lets pick up where I left the second article, and quickly review the sessions I attended on day 3 and day 4.  Unlike the previous articles, I won’t write a review of the key points.  All the sessions are recorded and available online, and I will provide links to the sessions where I can.

These are the sessions I attended on Day 3 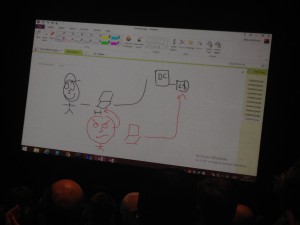 One session I do want to highlight that I actually thought was the best of the show, was “How you can Hack-Proof Your clients and Servers in a day”.  The presenter Marcus Murray actually started off by telling a story and drawing.  It was extremely funny.  See a poor photograph of his drawing below:

This session was all about how to prevent your user hash been compromised and used to access other windows machines on your network.  By using virtual smart cards, you can actually stop this happening.  Its a really interesting and must see session, and you can watch it recorded by clicking here.

Now on to the final day of the conference.  By this time, I was pretty much exhausted.  Two back to back conferences really are exhausting.  The sessions I saw on Thursday were:

So lets start with the Case of the Unexplained!  For anyone who doesn’t know Mark Russinovich, he is one of the guys who founded Wininternals who produced the tools SysInternals, which Microsoft eventually acquired.  As I have been out of the direct Microsoft area for some time, it was nice to see his is still around presenting.  His room was packed, with people standing outside the doors to watch this session.  It was really interesting and informative session on how to troubleshoot windows.  You can watch this session by clicking here. 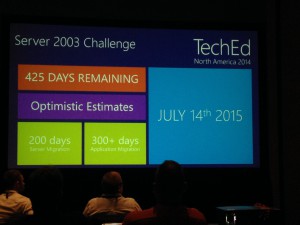 The last session of the day was I found particularly interesting.  As Microsoft are finally preparing for End-of-Life (EOL) for Windows 2003 Server, it was interesting to see how many people in the room still actually run Windows 2003 server in the server estates.  I totally understand why this is the case, and how difficult it can be to migrate those apps off the old OS.  It is also a testament to Microsoft themselves, that the OS is still so widely used.  XP and 2003 were the most stable OS Microsoft had produced at the time.  Anyone who had worked with NT and 2000, will remember daily blue screens, troubleshooting headaches left right and center, so to have 2003 implemented was a dream for an IT admin.

Lets finish the recap with a summary of how I found the experience at my first Microsoft conference.

Overall, it was a great experience.  I enjoyed the conference, the location was good, they had some excellent rooms set out in lecture style halls which were a really great way to watch sessions.  I really only have VMworld to compare TechEd too.  One thing I was really disappointed with was the lack of interaction in the social media space.  Working with VMware over the past 4 years, I have found the community to be really interactive, and fun to be involved with. When VMworld comes along, everyone wants to discuss the event on twitter, and lots of people meet up.  It  really is a great way to interact with each other.  This was really lacking at TechEd, which was a massive shame as I mentioned in my first article.

Now any review I do on conferences, always involves a small food critique, and frankly the food at TechEd was excellent for a conference! Chicken with fresh Asparagus, snacks all day long, with Popcorn, and Pretzels.  Cakes everywhere the eye could see.  Cans of soda spread everywhere.  Nice job! 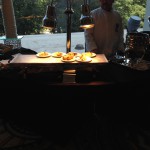 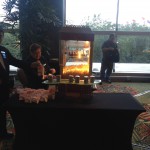 Anyone who wants to watch any of the sessions, should go to channel9.msdn.com .  It was really great to learn about what Microsoft is doing and how they see the future of IT. 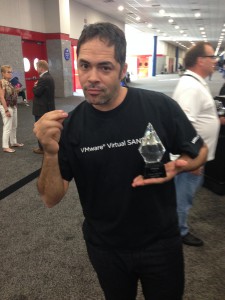 Finally, we couldn’t finish without talking about VMware Virtual SAN winning best of TechEd again.  Rawlinson Rivera did a great job at showing off the product and the features.  For me, its great to see VMware taking so many awards lately, shows they are still innovating in the IT world, which as an employee is very important.