Wow! What can I say?  Its four years at VMware this month! I cant quite believe how quickly its gone by.  I received the email saying that my VASA cubes will be delivered shortly! How awesome is that, a company that honours your four and eight years with some really nice glass art. 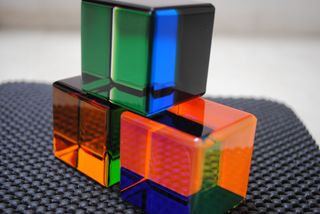 To read more about the VASA Cubes and how Diane Green got the idea,click here.

During my four years at VMware, my life has changed quite significantly.  Both personally and professionally.  From a personal perspective, I have got married, had a child, moved from the UK to California, then had another child (the first Hill to be born outside of the UK).  Phew! What a crazy few years that has all been!  I need a break from the family craziness now and lets escape into the tranquility of my daily work… (Tranquil? Yeah right lol)

Highlights of Four years at VMware

Where to start? Well, lets think.  I am now on my 10th manager (its actually 11, but two days reporting to one person doesn’t count in my book), have been through 7 or 8 org changes, and I am currently working in my third role in the company.

I do have to say, that my first few months of working at VMware have been the craziest I have ever experienced in a job.  Ask Duncan Epping, I had the pleasure of working with him on my first engagement when I joined into the cloud practice.  The cloud practice was frankly awesome.  VMware was getting ready to launch a product called vCloud Director, and as a team of some of the industries leading architects, we were tasked with ultimately building a market place, and learning how to actually go and build these things called clouds!  Duncan and I spent a considerable amount of time working with one of VMware’s server provider customers Colt in London.  I have fond memories of my time here, learning from one of the industries most well known bloggers.  It is during these first few weeks, Duncan introduced me to twitter!  Within days I was hooked, and was amazed at how receptive the virtualisation community was to new people coming in!  I also met Frank Denneman, Timo Sugliani, Aidan Dalgleish and other great VMware architects while working at Colt.  During the next six months, I would build a number of cloud environments and travel around EMEA and the US doing so.  It really was an exciting time.

One massive highlight for me was submitting and getting accepted to present a session at Partner Exchange in Disney World Florida in 2011.  My session was titled “Private vCloud Architecture Technical Deep Dive”.  Boy was I scared! I had only ever presented to a room of 10 people before, and here I was stood in front of 250+ people presenting.  The session was also repeated two days later, to a smaller audience of 80 people.  I must have done ok, as I won an iPad 2 for the highest session scores in the conference.  What an achievement for my first ever presentation! I was extremely proud!

Also during this time, I had started blogging.  My first ever blog article on this site was on Fusion 3.1 being released.

Nothing lasts for ever though, and along came the first major re-org.

The Center of Excellence

The Center of Excellence was also a crazy ride, we were ultimately VMware’s Cloud SWAT team, coming in and finding solutions for customers problems that couldn’t be easily solved with our products out of the box!  During my time in the CoE, I have had the pleasure of working with some really cool smart people.  Thomas Kraus, Kamau Wanguhu, Wade Holmes to name a few.  It is also during the CoE time that I met my friend and colleague Chris Colotti.  Some of the highlights during my time in the CoE are:

vCloud Director resiliency project – working with Duncan Epping and Chris Colotti on developing a whole resiliency solution for vCloud Director, that is used today by companies like Oxford University, is for me still one of the ultimate highlights of my career.

vCloud Monitoring Reference Architecture – leading a project to develop a monitoring reference architecture for vCD, VCOPS and Hyperic.  This was one crazy project that involved lots of late nights and ultimately learning products I never thought I would touch.

During my time in the CoE, I also attended my first VMworld.  VMworld 2011.  This was truly awesome, and I presented alongside Chris Colotti for the first time (which has certainly turned out to be not the last… We have presented tons of sessions together now).  After my PEX experience, nothing could have prepared me for presenting to 850+ people.  It truly is a different experience altogether.  However, their is nothing like being taken out of your comfort zone, and the buzz when you have finished is truly awesome!

I wrote a few blog articles on my first experiences of VMworld, which can be read by clicking here.

Then it was time for me to take on a new role, something that would take me out of my comfort zone.

So this role was quite a shift in what I have been doing in my career.  I have been a consultant for a number of years, but the focus of this role was to develop service kits for the field.  Provide them with the knowledge and material to help them deliver a service.  So it was with great pleasure I accepted this new challenge, getting to work with Wade Holmes, and others in the team was also a big draw for me.  I only recently left this role, but one of my key achievements and favourite pieces was working and leading part of the vCloud Architecture Toolkit development.  This was a massive undertaking by everyone involved but was a great experience.

We released the vCloud Architecture toolkit book, which for me was a nice personal achievement, co-authoring a book.

After two years in this role, it was again time to explore a new challenge.

Here we are now to the present day!  I accepted a role in December 2013 working in the vCloud Hybrid Service Business Unit as a Senior Technical Marketing Architect.  This reminds me of the Cloud Practice days, and has a really great startup feel.  One of the key draws to this role, was staying within my favourite area Cloud, and also teaming up with Colotti again.  With vCHS being a relatively new service only GA’ing September last year, it really is all hands on deck.  Its a very exciting and dynamic environment, and really allows me to focus on my key areas of enjoyment.  I get to continue to blog regularly, present at VMUG’s and VMworlds, and play with lots of really cool beta features, while providing feedback to engineering teams!

So thats it really.  A quick look back at my four years.  Its been fun for me sitting here, reminiscing about my four years at VMware, it really is a cool company to work for (as shown in the picture below), and I am looking forward to the future. 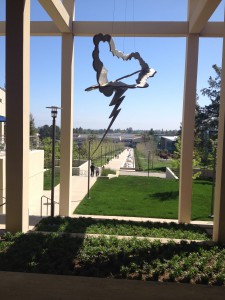