As most people know, I have been working with vCloud Director since its beta days.  My mind thinks of cloud in easy bite site chunks of Virtual Data Centre and Organisations.  I have now been spending a lot of my time and focus on vCloud Automation Center, but still always find myself thinking about the vCloud Director constructs and how they map over to vCloud Automation Center.

In vCloud Director I have listed the most common constructs that are seen every day.

We all know and love these constructs, and know how they fit together.  I created the diagram below to help me understand where I need to go in vCAC to create the same object.  For example, if I wanted to essentially create an Organisation in vCloud Automation Center, where would I create this? The organisation construct does not exist in vCAC.  Well in vCAC you would create a Provisioning Group.  While not being identical to an organisation, it is similar in the user boundaries that it provides.  I have mapped out the common constructs in the diagram below. 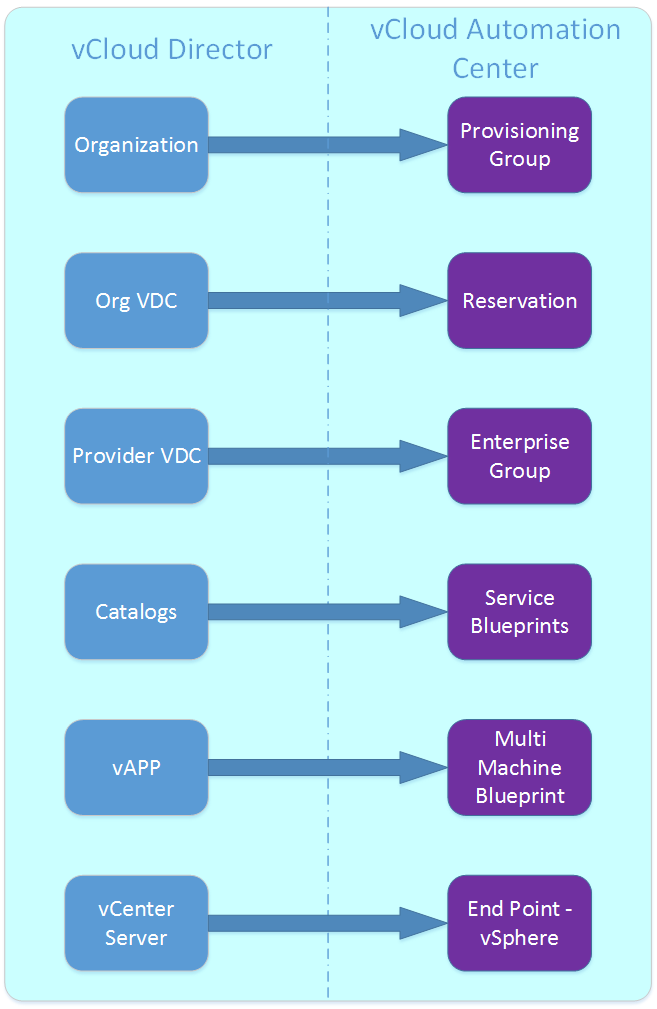 Note: This diagram is not depicting direct relationships between the two products when vCloud Director is used as an endpoint.

The other point to note is that there is also some overlap with these constructs.  Hope this helps other people get there heads around where to go in vCAC to create similar environments.

For further valuable reading on vCloud Automation Center I recommend the following blogs: