VMware vCloud Director 5.5 has now been released for general availability.  There are a number of new features in this release that will help customers deliver better cloud environments and they should consider upgrading to this release.

Limit Access to Shared Catalogs – with vCloud Director 5.5 you can now limit the organizations that are allowed to access shared catalogs.  This provides added security by enabling organizational admins to restrict access to their shared content.

Catalog Versioning – starting with vCloud Director 5.5 all vApp templates and media files stored in the catalog are assigned a version number that is readily visible when viewing the catalog.  This version number is automatically incremented each time the item is updated.  This helps users track updates to items in the catalog without having to rely on creative file naming.

Catalog Support for any type of file – along with the automatic versioning, users can now upload any type of file to the catalog.  This includes things like spreadsheets, XML files, PowerCLI scripts, vCenter Orchestrator workflows and vFabric Application Director blueprints.  This facilitates the sharing of files between organizations as well as across vCloud director instances.

Custom Hardware Settings – with vCloud Director 5.5 you can now customize the CPU, memory and hard disk settings during vApp deployment.  This helps reduce the number of vApp templates that need to be maintained in the catalog by allowing a a single vApp template to be used to deploy common vApps with unique hardware settings.

NIC Hot Add and Remove –  with vCloud Director 5.5 you can now add and remove Network Interface Cards to and from running vApps.  This feature compliments the disk hot add/remove feature available in vCloud director 5.1 by eliminating downtime associated with adding and removing hard disk and NICs to and from your running VMs.

vApp Clone with Memory State – with vCloud Director 5.5 you can now clone running and suspended vApps to include capturing the memory state of the active VMs.  These cloned templates can be saved in the catalog and used to quickly reproduce workflows and duplicate error conditions.

Deploy vApps Directly to/from the VDC – vCloud Director 5.5 allows you to import OVA/OVF templates directly into the Virtual Datacenter (VDC) without having to first instantiate an interim vApp template in the catalog.  This helps improve disk space utilization in the catalog by eliminating the need to create temporary vApp templates when importing and exporting vApps.

OVA File Support – vCloud Director 5.5 now recognizes OVA files as a valid format when importing and exporting vApp templates.  You no longer need to use the ‘ovftool’ to first convert the OVA to OVF, or have to first import the OVA into vCenter before you can import into vCloud Director. 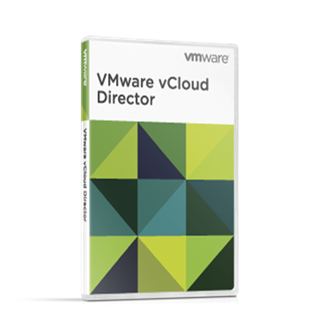